If you’re not familiar with your hamstrings, they’re a group of three large muscles on the back of your thigh that activate during any sort of movement involving the hips and legs. So you can imagine that a hamstring injury might put a little bit of a kink in both your training schedule and your ability to play in games. To make matters worse, hamstring injuries are the most common injuries to reoccur, with more than 1/3 of athletes re-injuring themselves within the first few weeks back into sport.

But first things first, let’s start with what the hamstrings are and what they do.

The hamstrings are a group of muscles located on the back of the upper leg, posterior to the quadricep muscles to be exact. They’re comprised of three muscles: the semitendinosus, the semimembranosus, and the biceps femoris.

They originate at the bottom of the pelvis, cross the knee joint, and insert in the lower leg.

Function of the Hamstrings

Together, the hamstrings function to help move the body. Because the hamstrings connect the pelvis to the thigh and the thigh to the lower part of the leg, these muscles must be able to lengthen in all three planes in order to store mechanical energy, which then helps generate the force needed to continue moving the body over the ground.

While all three muscles work simultaneously to produce movement, each muscle has its own function:

Although the hamstrings are classified as a knee flexor, they are actually most active when the knee is in full extension — the point immediately before the foot makes contact with the ground during movement.

The biceps femoris is the most commonly injured muscle in the hamstring complex, accounting for over 50% of all injuries experienced. Strains account for most bicep femoris injuries as a result of sprinting, while semimembranosus and semitendinosus injuries occur as a result of ballistic over-lengthening.

While not inclusive, here are a few common causes of acute non-contact hamstring injuries:

Improper pelvic positioning is one of the major contributors to injuries, especially anterior pelvic tilt.

The pelvis should remain in a neutral position by coordinating the hamstrings with other muscles like the diaphragm, the obliques, and the glutes. However, when the pelvis is tilted anteriorly, the upward rotation of the ischial tuberosity (the sit bones) causes the length-tension relationship of the musculature surrounding the pelvis to change. As a result, the obliques, glutes, and diaphragm become inhibited and exert increasing eccentric demand on the hamstrings to stabilize.

People who have chronic eccentric loading will often say that they have “tight hamstrings” when in reality, they are actually overstretched and inhibited.

Weakness of the glute muscles will often cause changes in patterns of muscle recruitment, which can cause the hamstrings to become the dominant muscles involved in hip extension. When synergistic dominance occurs and the hamstrings take over for weak glutes, it greatly increases the concentric demand on the hamstrings and leaves them highly susceptible to overuse injury or strain.

Eccentric and concentric contractions go hand in hand. When programs focus on one and neglect the other, it leaves a space for injuries to occur. Concentric strength is important for force production, but eccentric strength is also critical for force absorption. If tendon failure occurs during the eccentric portion of a contraction, it increases the likelihood of soft tissue injuries. Certain exercises, like sprinting, place a high eccentric demand on the hamstrings to stabilize the pelvis and knee. If the hamstrings are not adequately prepared to handle a high amount of eccentric stress, there is a significantly greater risk of a hamstring strain.

When muscles are tight, they’re more vulnerable to injuries, especially strains. Proper warm-ups and stretching helps to increase the elasticity of muscles and smooth muscular contractions to reduce the likelihood of injury.

Injuries are more likely to occur when muscles are not conditioned for exercise. When muscles are weak, they are less able to cope with the stress of activity

Reaching the point of muscle fatigue reduces the capacity of muscles to absorb energy, increasing their susceptibility to injury.

What To Do To Prevent Injuries

Restoring pelvic alignment should be the first step during the rehabilitation process. To prevent further dysfunction down the road, it’s important to address breathing and pelvic alignment first.

The 90/90 breathing exercise is a great exercise to train and strengthen posterior pelvic tilt via facilitating the engagement of the obliques and diaphragm. Here’s how to do this technique:

Start in a supine posture by positioning yourself face up, so your back is on the floor with the feet on a wall and knees and hips bent at a 90 degree angle. The neck and spine should be neutral and comfortable. Place one hand on the upper chest and the other on the lower abdomen.

Note: The air should expand the lateral portion of the stomach pushing your hands out.

Mechanics are an important consideration when choosing which exercises to prescribe for hamstring rehabilitation and injury prevention. A combination of eccentric overload and weak glute muscles are usually the key culprits when it comes to hamstring strain, so performing exercises to strengthen and train both of these areas is ideal.

Single leg deadlifts are a really great exercise for strengthening the posterior chain. The nature of a deadlift conditions the terminal pattern of the active straight leg raise to strengthen the foundational movement qualities. As well, the semi-straight leg position of a single leg deadlift mimics the position of the knee and hip joint during the initial contact phase of gait and may be similar to that of sprinting.

The most ideal way to perform a deadlift is to perform the eccentric portion of the exercise slowly to allow for conditioning of the hamstrings, while explosively performing the concentric portion with the glutes.

Slideboards are a fantastic way to help prevent and rehab hamstring injuries because they work to ensure proper co-contraction of the glute and hamstring muscles. In order to perform the exercise correctly, it requires the athlete to maintain hip extension with the glutes while co-contracting the hamstrings.

With these, it’s important to focus on an eccentric emphasis to condition the hamstrings to eccentric stress. In doing so, the proper scar tissue modeling occurs that is necessary for rehabilitation.

NOTE: When it comes to transitioning from general training to specific training, it’s important to bridge the gap between the weight room and the field through proper sprint mechanics. Ensuring proper backside mechanics is necessary for drive phase acceleration because inefficient acceleration mechanics can put unnecessary strain on the hamstrings through over-reliance. Commonly, athletes overload the hamstrings because they are trying to do three things at once: concentrically flex the knee, extend the hip, and stabilize the sacroiliac joint. This overload is what can lead to tendon failure and hamstring injury.

Sled pushes are another good option to help bridge the gap between training and sprinting because it enforces hip separation. Skipping is also another good exercise to help develop good backside mechanics for sprinting.

Founder, Shea Pierre, has been training athletes for the last decade and isn’t slowing down. After gathering a decade of knowledge training athletes of all ages he is expanding into the digital realm. No more paying 1000s of dollars to expensive trainers, he is going to bring you the best programs in the WORLD all available online. There are a lot of new programs that are coming out in the next year. 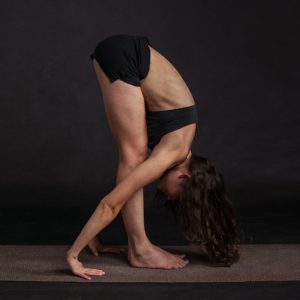 Mobility for Performance and Recovery 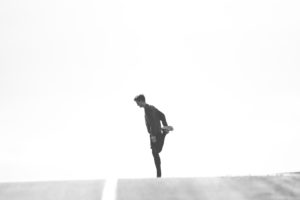